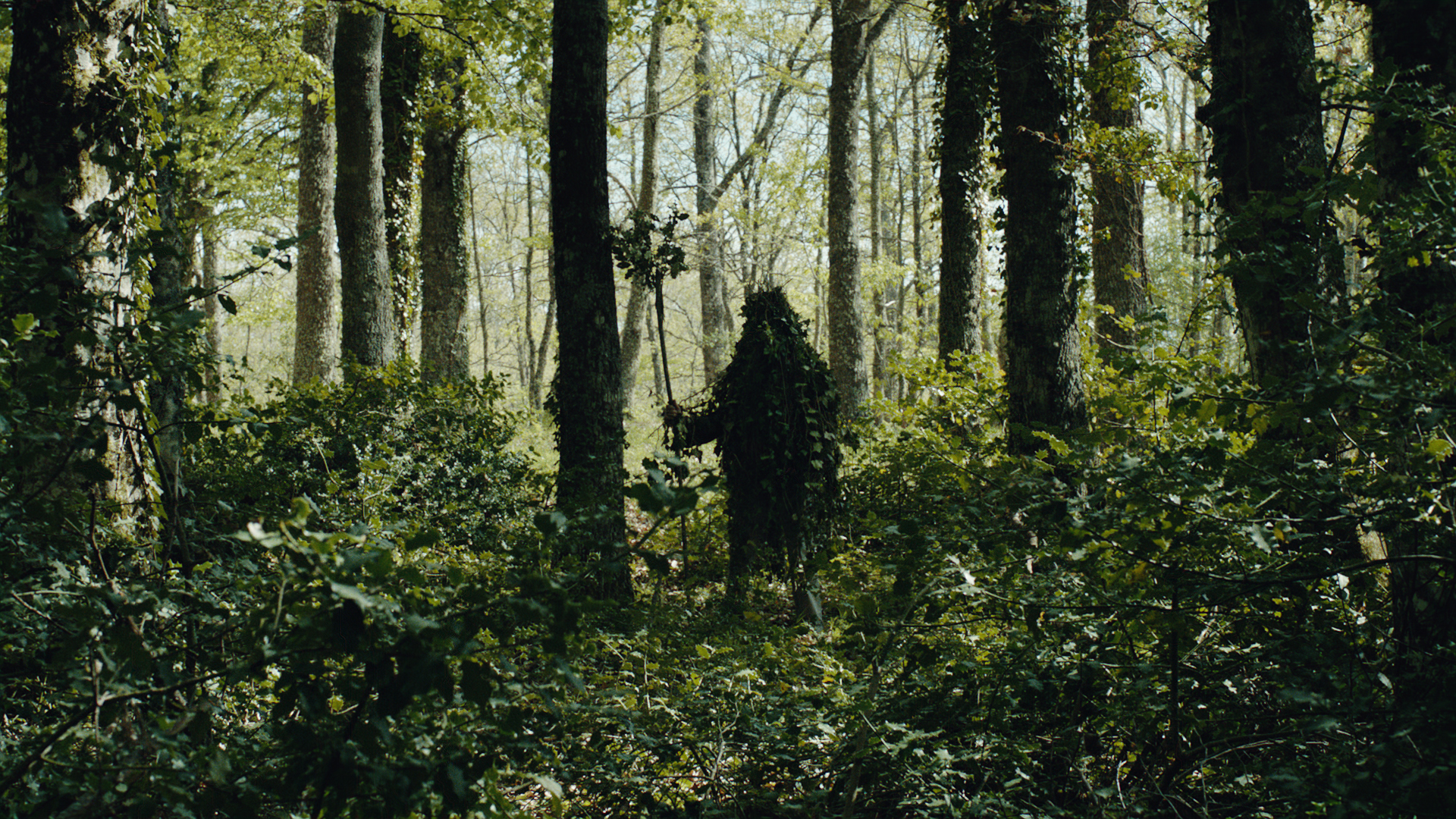 Once upon a time trees in the south Italian countryside used to come alive and move from the forest into the village to celebrate the yearly fusion of man and earth. Immersing visitors in the sound and imagery of rustling foliage, the cinematic installation, Alberi (trees in Italian), takes them on a cyclic journey through reveries of mystic appearances.

Alberi is based on the ancient ritual of the Basilicata region centered on the character of the Romito, a treelike man who, according to the myth, has rejected the idea of migration and planted his roots in his own land. After having been enacted by villagers for centuries the Romito has disappeared and, today, only lives in people’s memories.

In his films Italian director Michelangelo Frammartino (b.1968) uses cinema’s unparalleled ability to make all things, animate and inanimate, equally compelling before the camera and infuse them with a life and soul. His widely celebrated, Le Quattro Volte (2010) evokes unions between humanity and nature and feelings of belonging to the cosmos. By presenting Alberi as an installation Frammartino takes the theme of eternal transformation and reincarnation a step further. Cyclical time becomes spatially conceivable through an endlessly running loop.

In its images Alberi contemplates the disappearance of mythological customs, like the tree-ritual, from contemporary culture. On a deeper level, however, the work conjures cinema’s mystic and ritualistic powers on the eve of the medium’s own extinction.