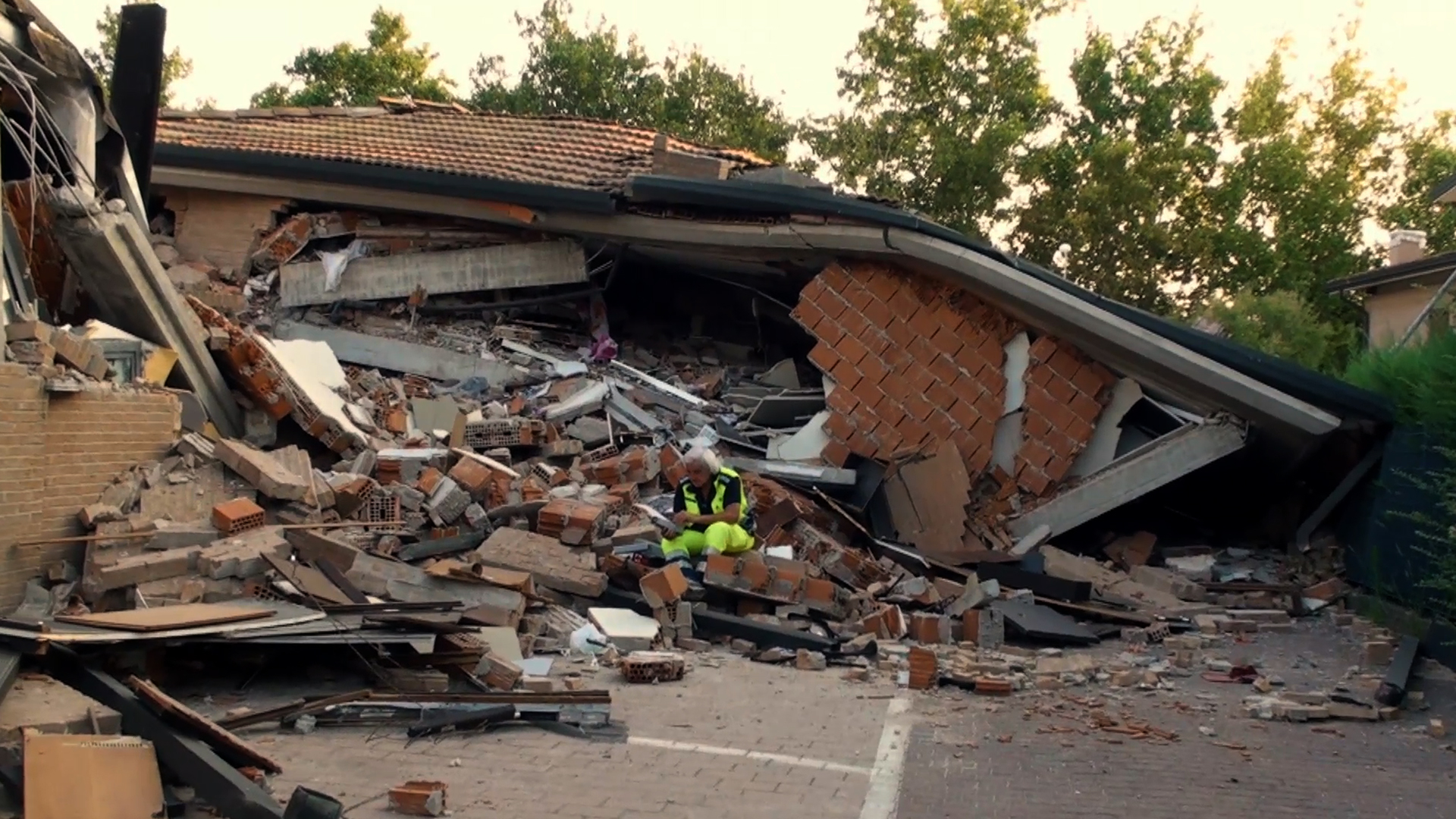 Alberta Pellacani began to film in the summer of 2012, between June and July, trying to merge documentary and feeling, telling small stories of families and single people, their emotions and memories.

Alberta Pellacani has decided to keep following people and things during winter, spring and then summer again. She crossed the cold and waited for the sun to come back. A tale spread through different times where things, their wounds, the transformed landscape are mirrors of an interior dimension which has been shaken, transformed, but which is still able to react and win over fear. with the support of Fondazione Cassa di Risparmio di Carpi and Regione Emilia Romagna, in collaboration with Arci Modena and Ucca and the sponsorship of Unione Terre d’Argine