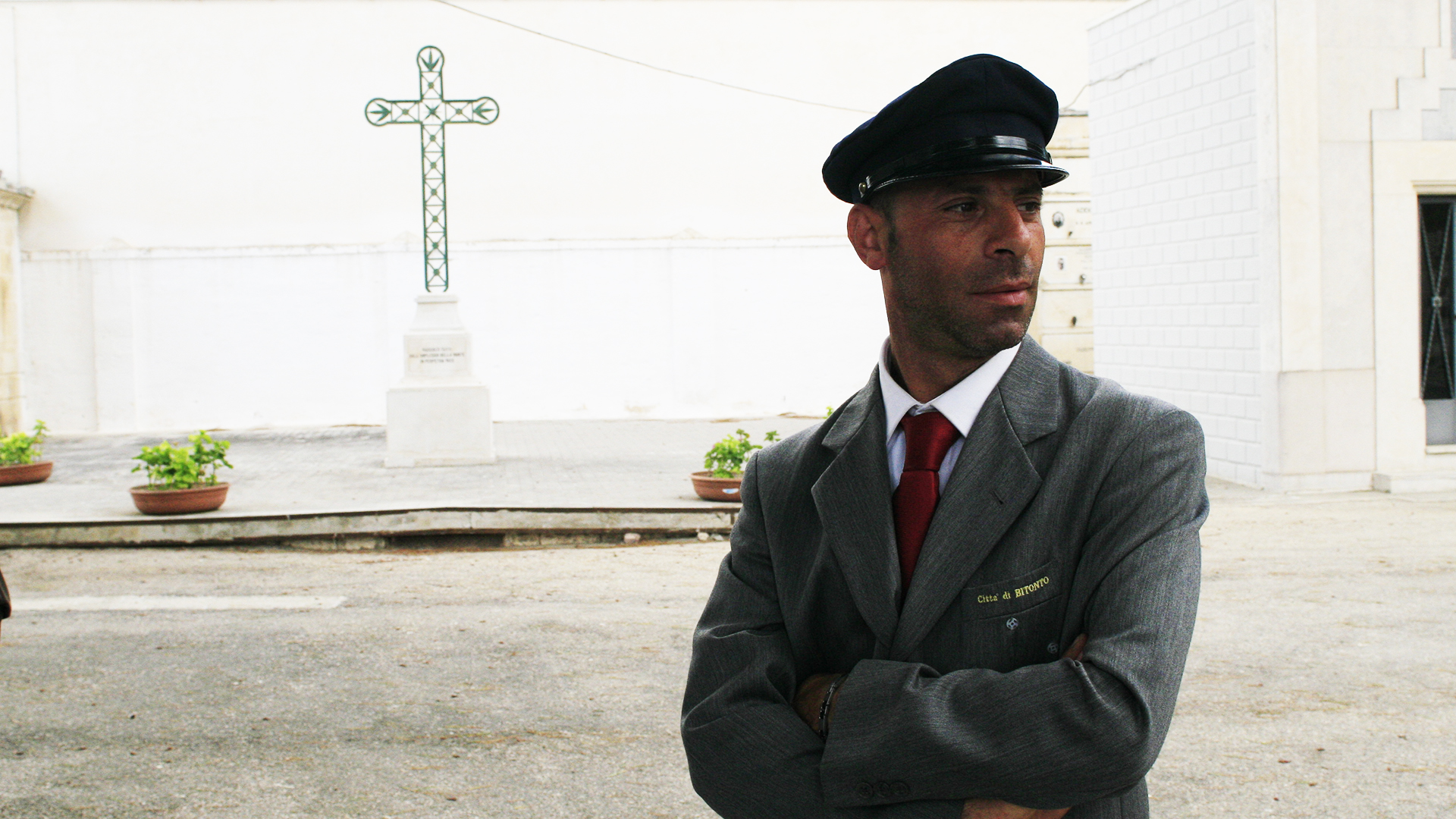 Pinuccio Lovero has always dreamed of being an undertaker. Five months ago, at the age of forty, he was finally hired to be the custodian of the cemetery in Mariotto, a town near Bitonto in Italy’s scorching deep South. This particularly torrid summer he awaits his first funeral but it will not come. In fact, since he has taken on the job no one in Mariotto has passed on to a better place. Pinuccio pines on and the townspeople rejoice. Sooner or later someone will have to die. Pinuccio has faith. He waits on in silence at the gate to his cemetery. His days are spent tending to the cemetery gardens, cleaning and chiseling headstones, watering flowers and generally fulfilling his official duties. When he is not at the cemetery he is certain to be pursuing his passion for music. He is in fact the go-to man for the town band, the chauffer for one of the local big bands and he even writes his own peculiar compositions. This precarious and frustrated undertaker named Pinuccio Lovero and all those who take part regularly in his daily life thus accompany us on a trip through the remote South, a place that is but a step away from inexorable extinction. It is a place of a choral nature, made of devotion, town festivities, tiny streets and dialects. Pinuccio turns out to be the ideal guide as he tells us of a life, his own, that is precarious in every sense of the word. As his tale unfolds however, we discover that he is also a philosopher of the everyday. His hilarious theories on the meaning of death, love and work strike us as bizarre and understandable at once.