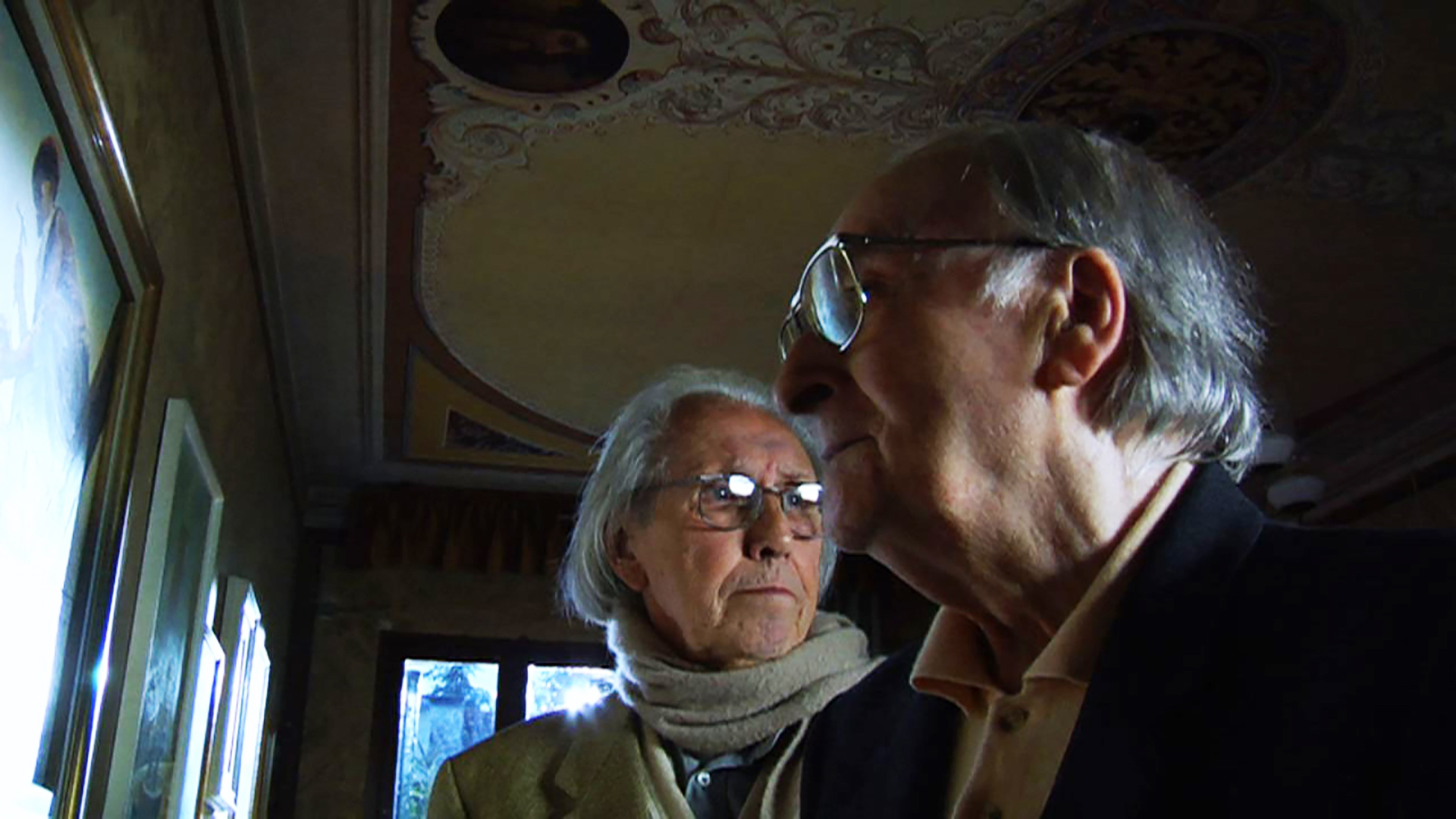 Nelo Risi (b.1920), one of Italy’s greatest poets of the late Twentieth century, creator of dozens of reportages, documentaries and important films like Diario di una schizofrenica [Diary of a schizophrenic], returns to directing after a twenty year hiatus to meet Italy’s foremost contemporary poet: Andrea Zanzotto. At the film’s fulcrum is the very personal dialog between two of Europe’s cultural elders. The setting is Pieve di Soligo in the Veneto region, where Zanzotto was born and has lived all his life.

It is a meeting of two very different minds: the reserved, at times hermitic, poet Zanzotto and Risi, the traveler whose solid style has always spoken of material, worldly things. Though they have always known each other, they have never gotten to know the other very well. Today, they decide to meet and discover that they are more similar than they might have ever imagined. Their meeting has at first the characteristics of a confrontation. Zanzotto is silent, seemingly absorbed. As for Risi, the game is on; he reveals himself, puts himself on the line and tries to get his friend and opponent to do the same by trying to crack the wry, sarcastic shell he hides behind. That’s when the conversation heats up. Risi and Zanzotto were witnesses to shifting eras. They were actors in a world that was undergoing radical changes. They saw crises and lived through ideological about-faces. And now, they walk together and talk face-to-face, expressing their respective worldviews, talking of poetry, art, film, our memory of events past and death, but especially of life and the future.