Jennifer Fox is an internationally acclaimed director, producer, camerawoman and educator. Her first film, Beirut: The Last Home Movie was broadcast in twenty countries, released theatrically in nine, and won seven international awards, including Best Documentary Film and Best Cinematography at the 1988 Sundance Film Festival and Best Documentary at the 1988 Cinema Du Reel Festival, Paris. She produced, directed and shot the groundbreaking ten-hour PBS/BBC/ARTE series An American Love Story, which screened in its full 10-hour form at festivals internationally, including the Sundance and Berlin Film Festivals (1999). LOVE STORY aired in the USA nationally on PBS primetime. It received a Gracie Award for Best Television Series and was named ”One of the Top Ten Television Series of 1999” by “The New York Times”, “Time Out”, “The Boston Globe”, “Time Magazine”, and “The New York Daily News”. She co-produced, directed and shot the six-part film, Flying: Confessions of a Free Woman through a unique Danish co-production, funded by the Danish Film Institute, TV-2 Denmark, BBC, ARTE, YLE-1, SBS, SVT, ICON & Humanist Channels Netherlands, the Sundance Channel, and a Creative Capital Grant. Flying premiered at the International Documentary Film Festival in Amsterdam (IDFA) in 2006 and the Sundance Film Festival in 2007 and did a 20-city theatrical tour in North America before airing on the BBC, SVT, TV-2, YLE, SBS, and the Sundance Channel in 2008. Jennifer has Executive Produced many award-winning films including: Love & Diane; On the Ropes; Double Exposure; Cowboys, Lawyers and Indians; Absolutely Safe?; the ten part television series, Project Ten: Real Stories from a Free South Africa, and the fiction feature film, Upstate. She has consulted on numerous documentaries, including the Sundance Grand Prize winner, Southern Comfort and the Slamdance Grand Prize winner, Stone Reader. Jennifer is the author of the screenplays, Lila: A Fairy Tale, a feature, co-written with Oren Moverman, the short film, The Woman with One Breast, the television pilot, The Good Egg, co-written with Deborah Copaken Kogan and is currently writing the feature script, The Horse’s Tale. She is the subject of three films on filmmaking, To Heck wit Hollywood!, Cinéma Vérité: Defining the Moment, and Capturing Reality: The Art of Documentary. Jennifer has lectured and taught filmmaking nationally and internationally and run documentary training programs all over the world. She filmed her groundbreaking new feature documentary, My Reincarnation, over an unprecedented twenty years. 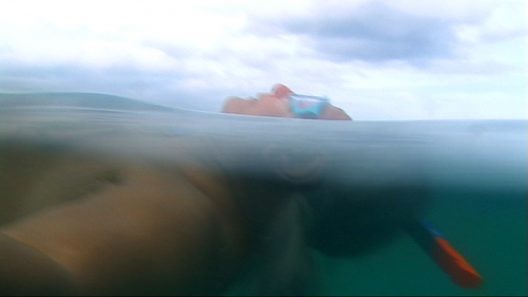