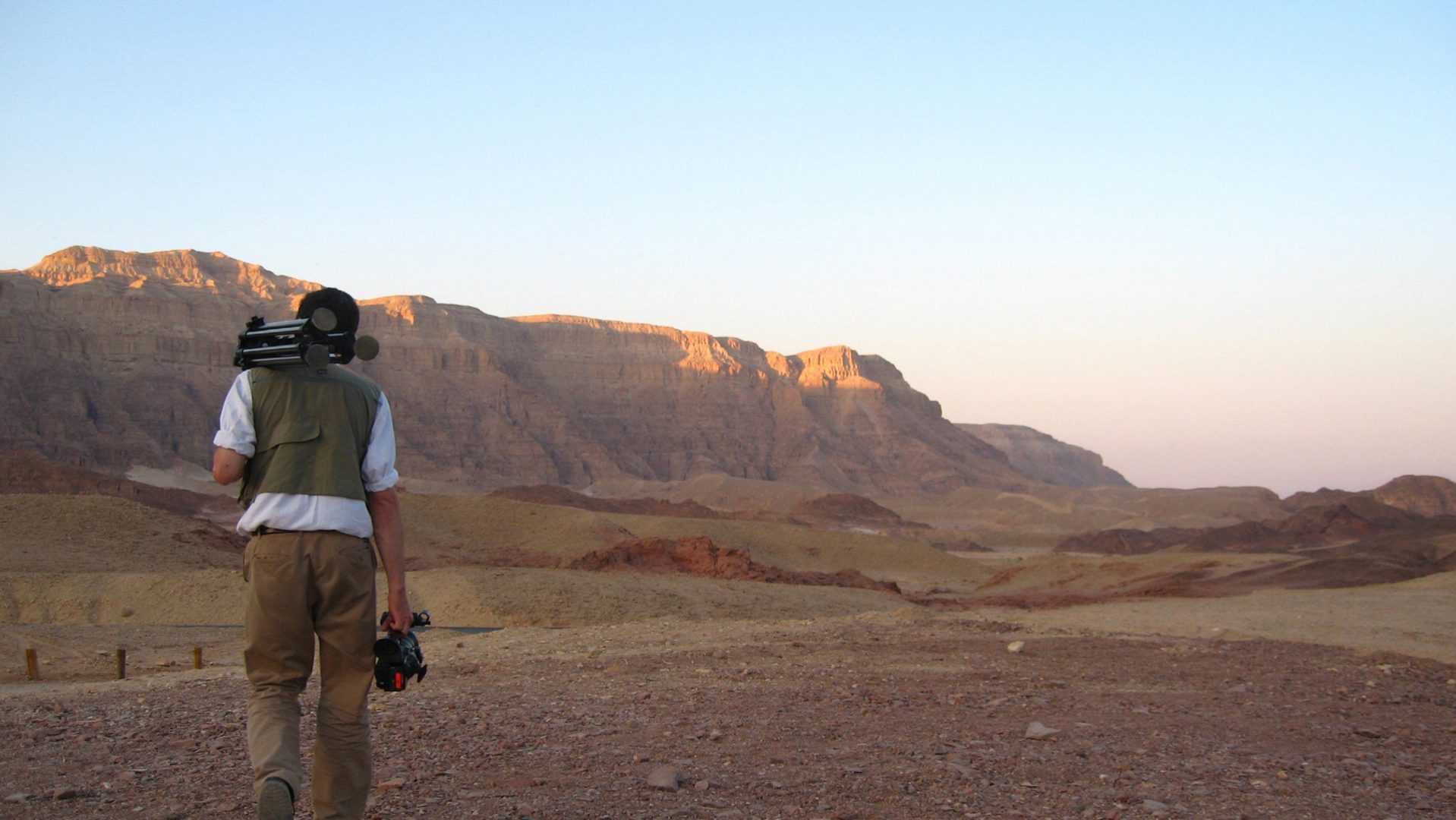 The Israeli actress Eliana Schejter wants to escape the metropolitan frenzy of Tel Aviv for “another world”, a world on a more human scale. So she trades the skyscrapers of her ultramodern city for the harsh beauty of the Negev desert and joins a kibbutz. But exchanging materialistic individualism for the austere surroundings of a utopian communal life is no easy matter. Corso Salani’s film follows Eliana in her new life at the Yotvata kibbutz on Israel’s border with Jordan. We see her sudden passage from European neo-capitalism to a society based on ethical principles – and the ubiquitous presence of the M16 rifle. In the communal life of the kibbutz, socialist utopianism is inseparable from Zionist ideology.

Salani observes this communal project and follows the stages through which Eliana, his guide, must pass if she is to be accepted as a full member of the kibbutz. As she weighs up her new life, she is herself on trial. After two years, the kibbutz members will decide by a majority vote on whether or not she can join their community on a permanent basis. Eliana’s experiment provides us with a fresh look at the social model of the kibbutz. Here, everyone has equal rights and duties, similar education. Everyone earns the same. Whether she is working in the dairy, standing guard with her gun, enjoying free time or acting in the kibbutz theatre, every moment of Eliana’s working day and social life is shared and scrutinized.

This remarkable film marks the completion – and culmination – of Corso Salani’s epic journey through the outer edges of Europe. He takes us beyond the geographical boundaries of the continent – to Israel, a state whose very shape was modeled on the table of recent history. He also shows us for the first time a visible and tangible representation of the concept of a boundary. A boundary, it seems, is both a limit and a demarcation line separating us from “elsewhere”. It is a place of urgent exchanges and contradictions, yet also a line that can be erased and redrawn to define new interior spaces. It is the ever-changing template on which we draw history and identity.