Emiliano Monaco was born in Rome in 1975.

In 1994 he starts studying business economics, which he abandons some weeks later, choosing arts and music disciplines (DAMS) at Rome’s university, “La Sapienza”. In 1998 he attends a course in Direction at New York Film Academy, where he makes his first short film, Saxplayer: in a documentary-film mood, shooting in 16 mm, he tells about the daytime of a sax player, through a series of key-details.

With his first short film, he wins a grant for a further course at NYFA, which he attends in 2000. In 2003 he accomplishes his studies in performing arts at Roma3 University.

At the end of 2004 he moves to Iceland, where he starts teaching at Iceland University “History of (Italian and European) Cinema” and “Theory and Practice of Documentary”, devoting himself particularly to cinema verité. In 2006 he founds Reykjavik Documentary Workshop (directing it until 2008), an association that devoted itself to monthly screenings of international documentaries and to the organisation of masterclasses, collaborating with the directors of the chosen works. In parallel to the didactic activity, he makes public videos and installations, exposed both in Iceland and abroad. Among his videos, Summer Solstice, a 24-hours video shot during the longest day of the year and screened in Reykjavik’s centre during the winter solstice, six months later; Steambath, a video shot with a macro lens, which describes the birth and death of a drop of water on the mirrors of a sauna.

In 2005 he starts shooting I am not such a beautiful landscape, whose making of lasts six years. Since 2008, he lives some time of the year in Iceland, where he carries on his activity as director and artist, and the rest in Apulia, where he devotes himself to 150 centuries-old olives in Salento, where he produces biologic oil he then imports in Iceland 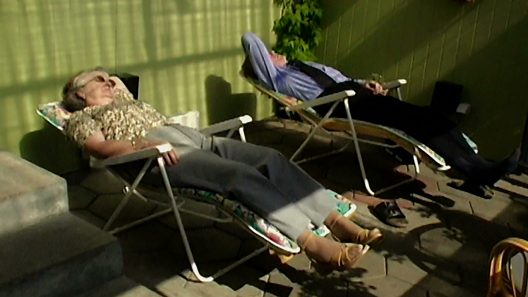