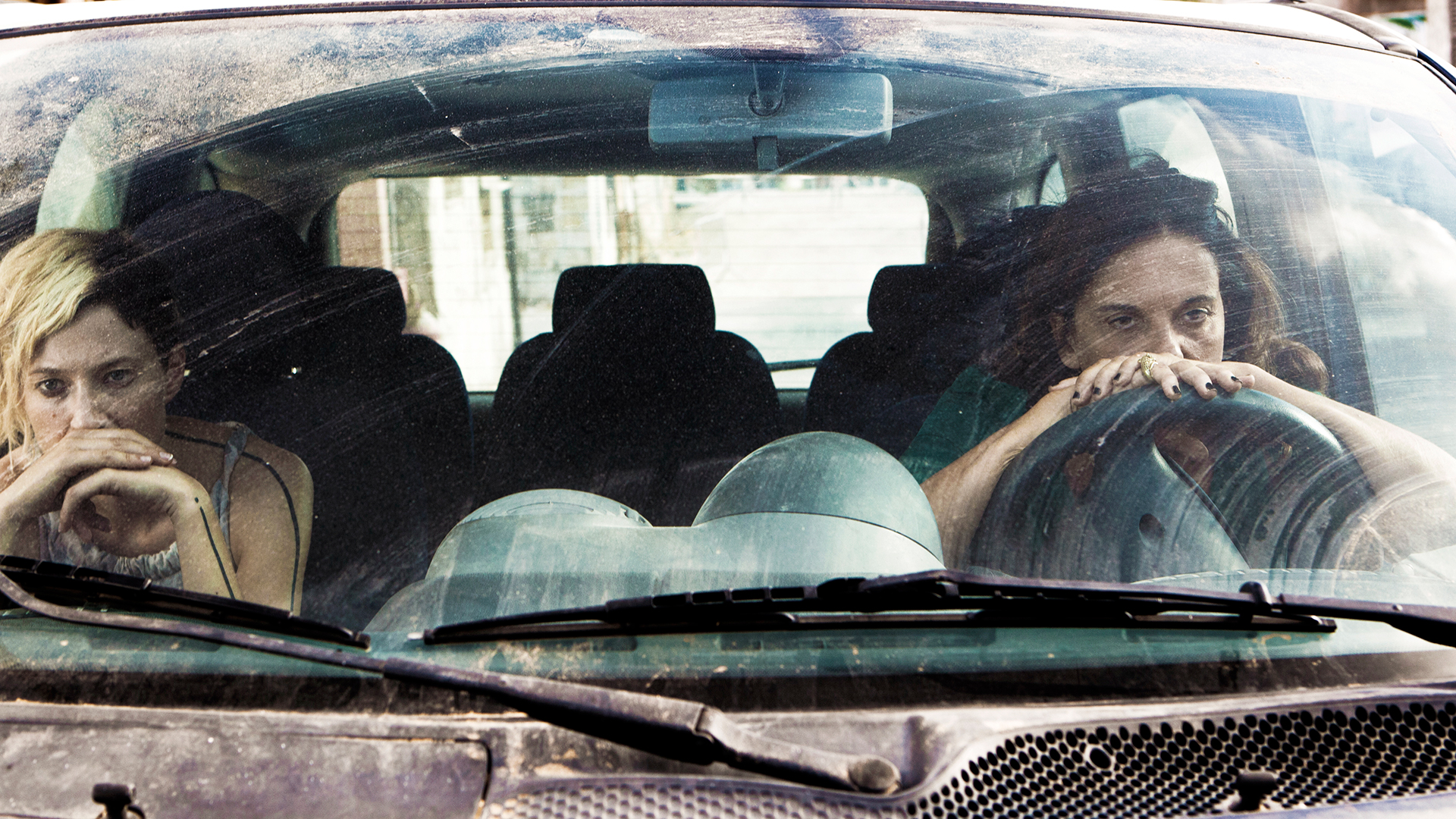 It’s a midsummer’s Sunday, and the sirocco wind is blowing restlessly on Palermo. Two women face each other, holding tight the steering wheel of their cars. Samira is an old, stubborn Albanian woman who lives in that street, while Rosa was born in Palermo but now lives in Milan, and finds herself there by mistake. Neither Samira nor Rosa accept to step back. Samira is the mother-in-law of the man who is sitting beside her, Saro Calafiore. Saro is the progenitor of a loud family, a family that is built on reciprocal hate, opportunism and constriction. Rosa has soon cut her umbilical cord, leaving Sicily and her father, who didn’t accept a lesbian daughter. Around Samira and Rosa, a bunch of undisciplined, grotesque characters are moving. All of them are reluctant to leave the two women alone on that stage. While the asphalt is burning and the air gets white hot, the men of the Calafiore family organize a betting, so to take advantage of the challenge. But the result of that conspiracy will go against any expectation…

adapted from the novel Via Castellana Bandiera by Emma Dante (Rizzoli, 2009)